How have views on fair social inequality changed in the US since 1950?

Home|Blog|How have views on fair social inequality changed in the US since 1950?

How have views on fair social inequality changed in the US since 1950?

In order to understand this, I have looked at changes in income inequality and I have read 600 articles that appeared in the NY Times since 1950 and that contained the search terms ‘income* social* equal* justice poverty.’ Thus, I looked at all articles that make reference to incomes, social matters, equality justice and poverty. I have then coded the statements in these articles according to two types of statements. Statements that in one way or another argue for more social inequality I have given then code ‘individualism.’ For example, the following statements reflect the code ‘individualism’:

1) Social inequality results from merit and should thus not be reduced.

2) One has no right to take from individuals to redistribute to others.

3) Redistribution has to be avoided as it destroys individual responsibility and / or freedom.

Statements that have argued in one way or another against more social inequality I have given the code ‘egalitarianism.’ For example, the following statements have been given this code:

1) Basic needs must be met for everyone.

2) Public investments should create good jobs for everyone.

4) People have human rights to social transfers and social protection.

5) Wealthy people should pay disproportionately more than poorer ones.

6) Everyone should own property / have wealth.

I have written down guidelines in a codebook as to when assign what code and with the help of this codebook, myself and a student were able to code articles with the same justice views in about 80 percent of the cases. So what justice view is assigned to what article is not a matter of subjective opinion – even if some of this can never be entirely ruled out.

So what are the results? The dots in the following Figure shows how many statements I found in the NY Times that argued in favor of elevated social inequality, divided by the number of all articles in the NY Times of the same year. I have used a locally weighted scatter plot smoothing regression, which uses 20 percent of the available data around each point, to estimate a curve that fits the long run trend in how often this justice view has been found per year (solid line). Finally, the dashed line shows the Gini of the relevant year and therefore shows income inequality. 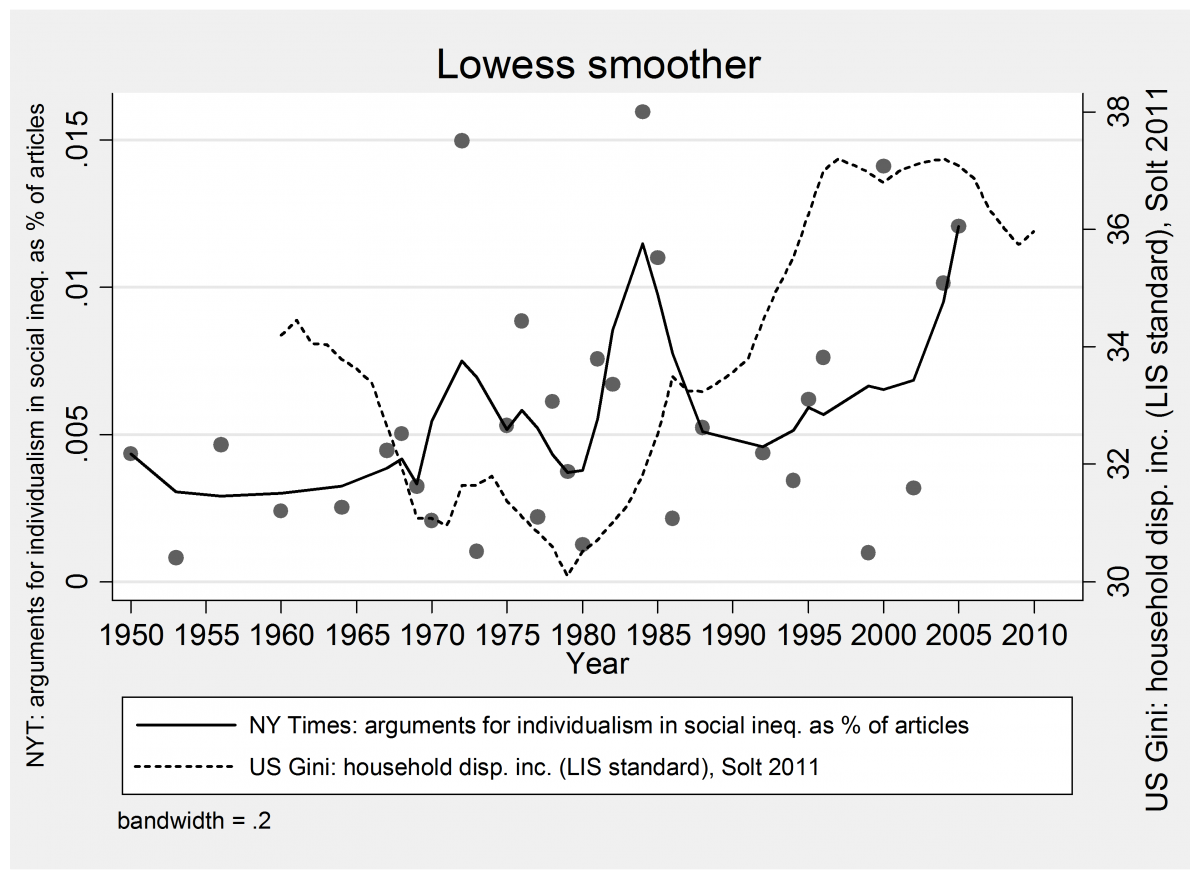 What about the opposite view, how often can we find ‘egalitarian’ statements that argue for a more equal distribution of incomes? The following Figure shows this, using the same methods. 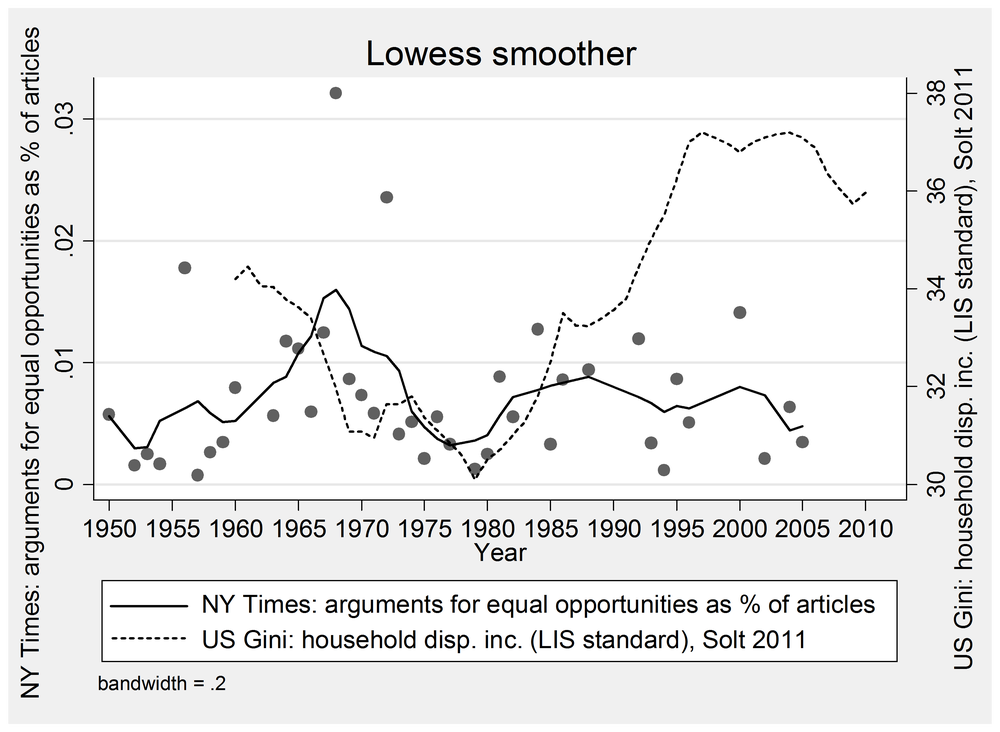 The point I am trying to make is simple: The increase of social inequality in the US could happen in the shadow of changing statements what is seen as socially just. While arguments in the 1960s mainly argued for more social equality, statements later on argue for more inequality.

About the Author: Martin Schröder